In Vader in Space the user plays the role of Darth Vader, who has to reach the death star. The user controls a spaceship in a tunnel vision and avoids asteroids or destroys them with his laser canon. The game contains three levels.

The user controls the spaceship with two interactions. By moving his head via face detection, the user can control the spaceship to collect boxes or avoid obstacles. The user can also fire shots and destroy these obstacles by clapping his hands.

Under the logo is a high-score list, where the number of destroyed asteroids is listed. Additionally the user gets instructions about the two interactions. 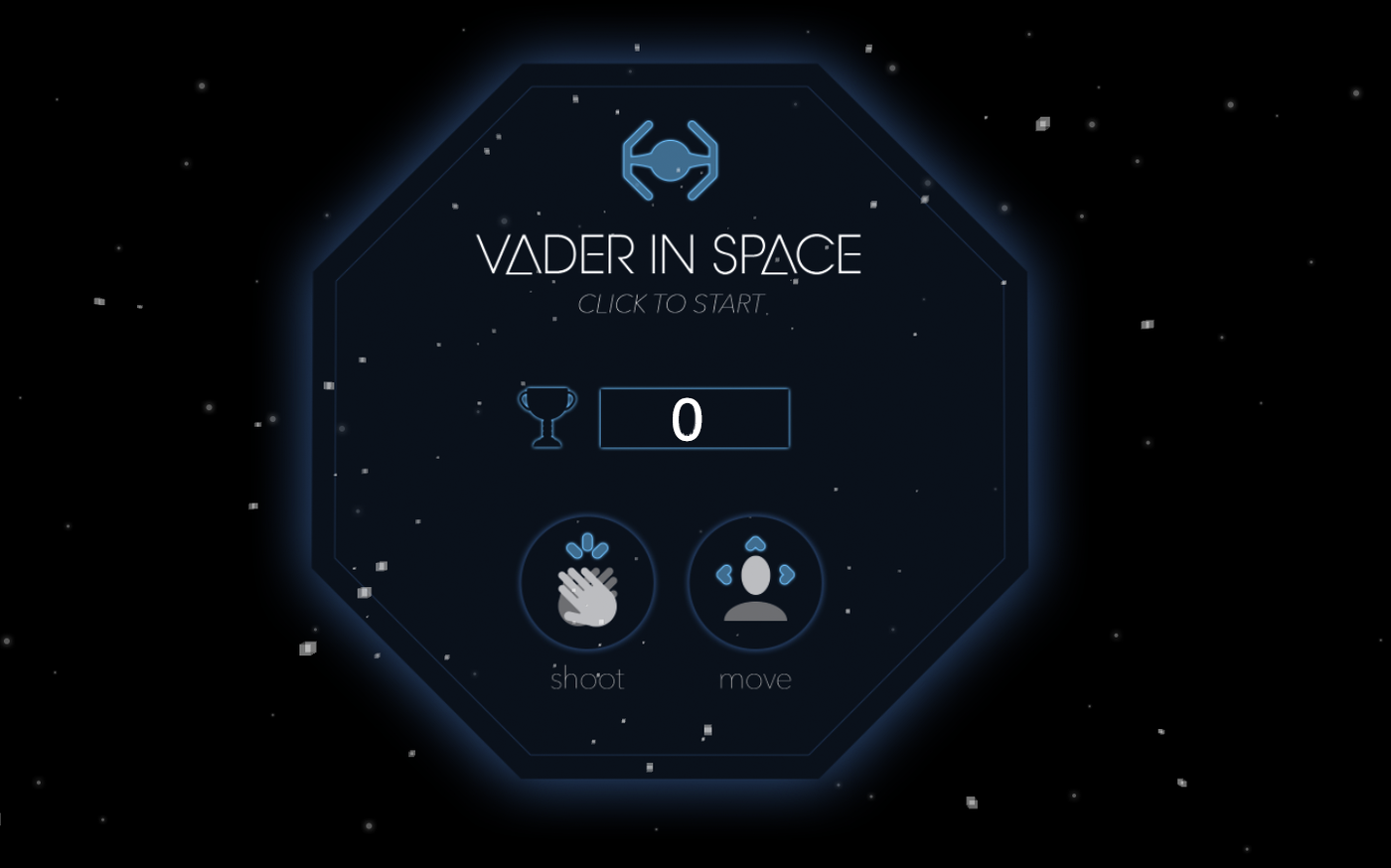 Down to the left side you can see the charging indicator of the laser-gun. On the right side is the indicator for destroyed asteroids and the remaining lives.

The deathstar, the asteroids and the upgrade boxes, were all created in CINEMA 4D and inserted in the code afterwards as .dae. If the player collects the boxes he gets a triple shot for a certain amount of time. 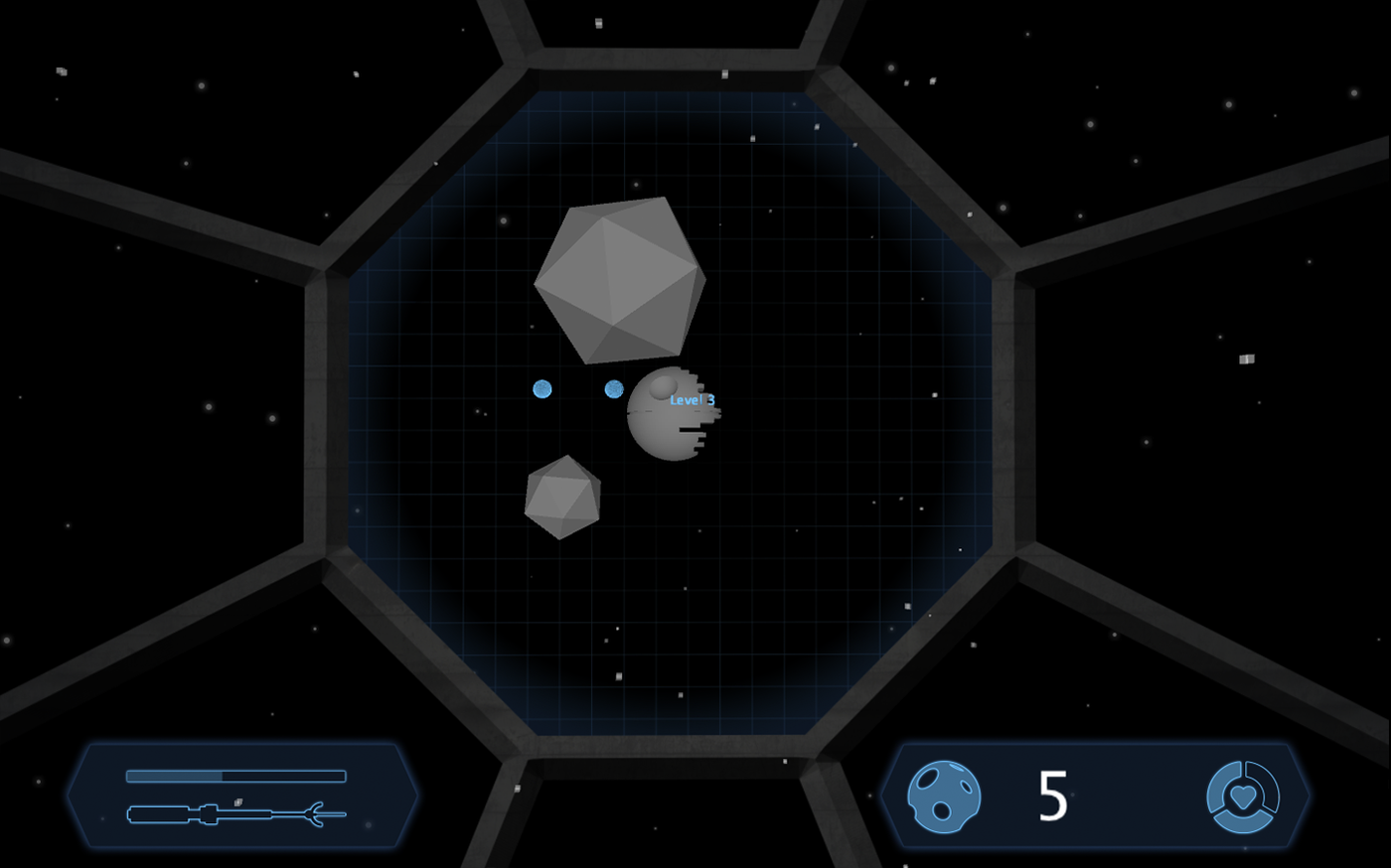 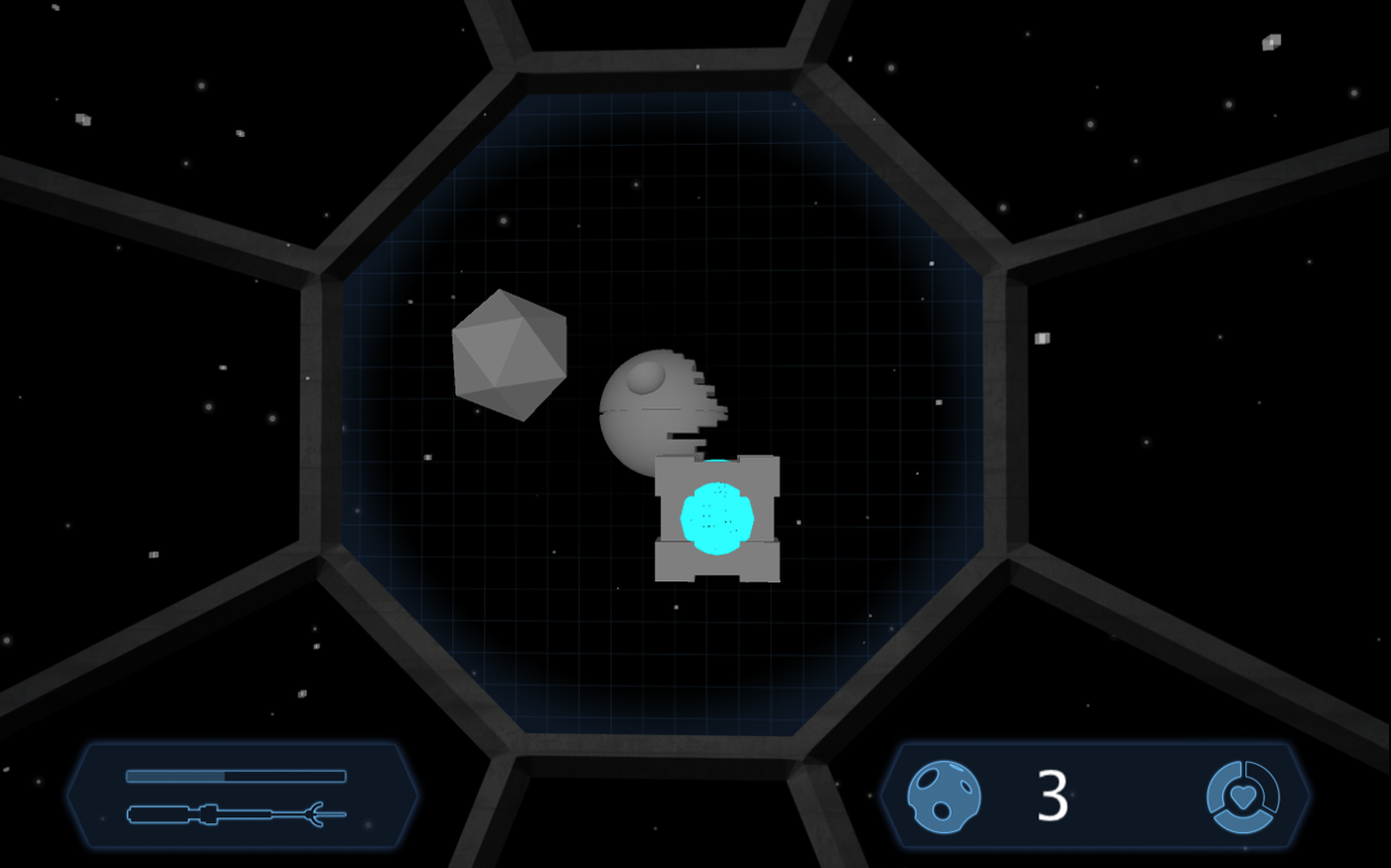 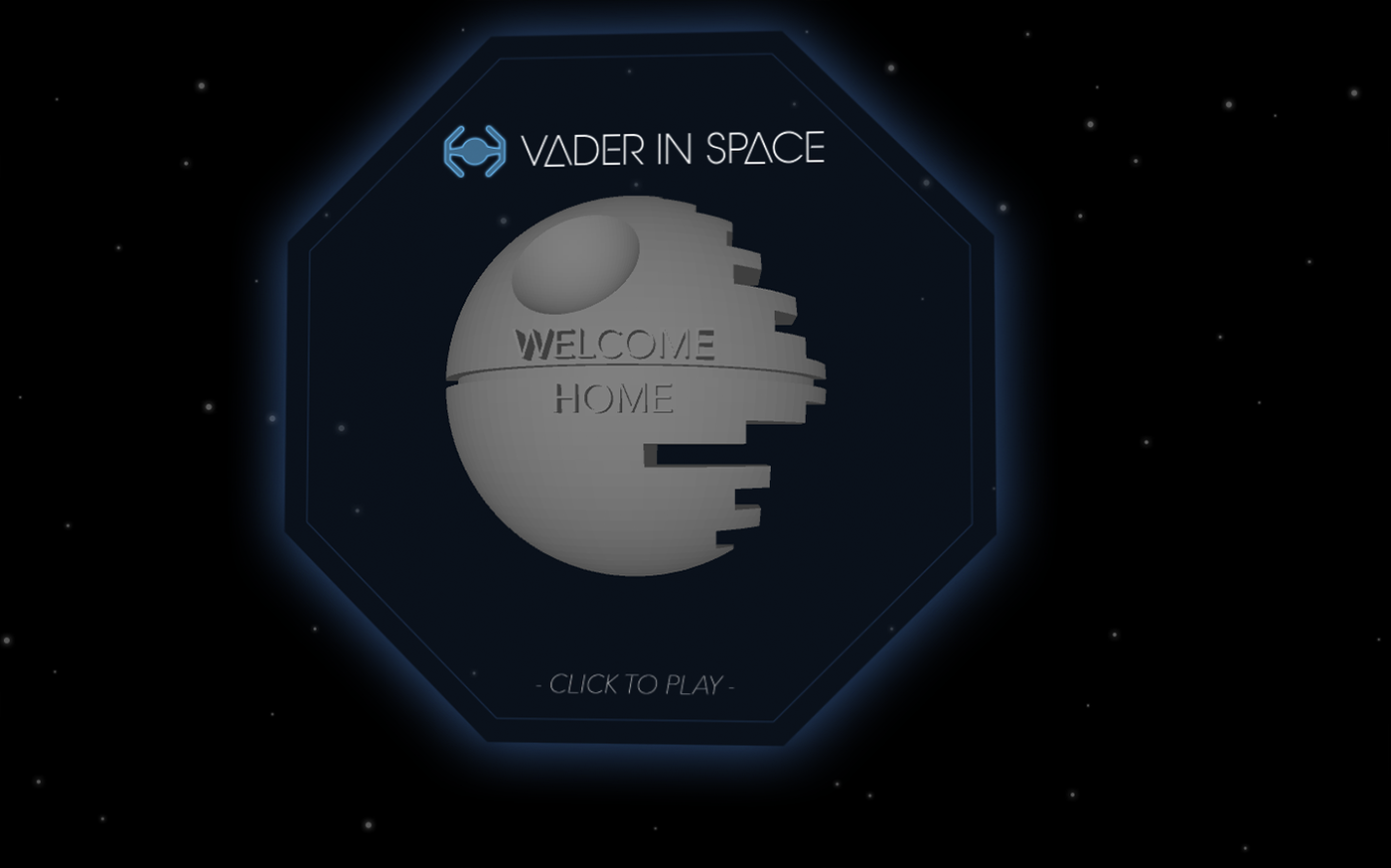 The game has been developed in processing, whereas the 3D objects were modeled in Cinema 4D. The sound effects and the music are implemented with the "minim" library. The movements of the head have been damped with the library "Traer Physics". 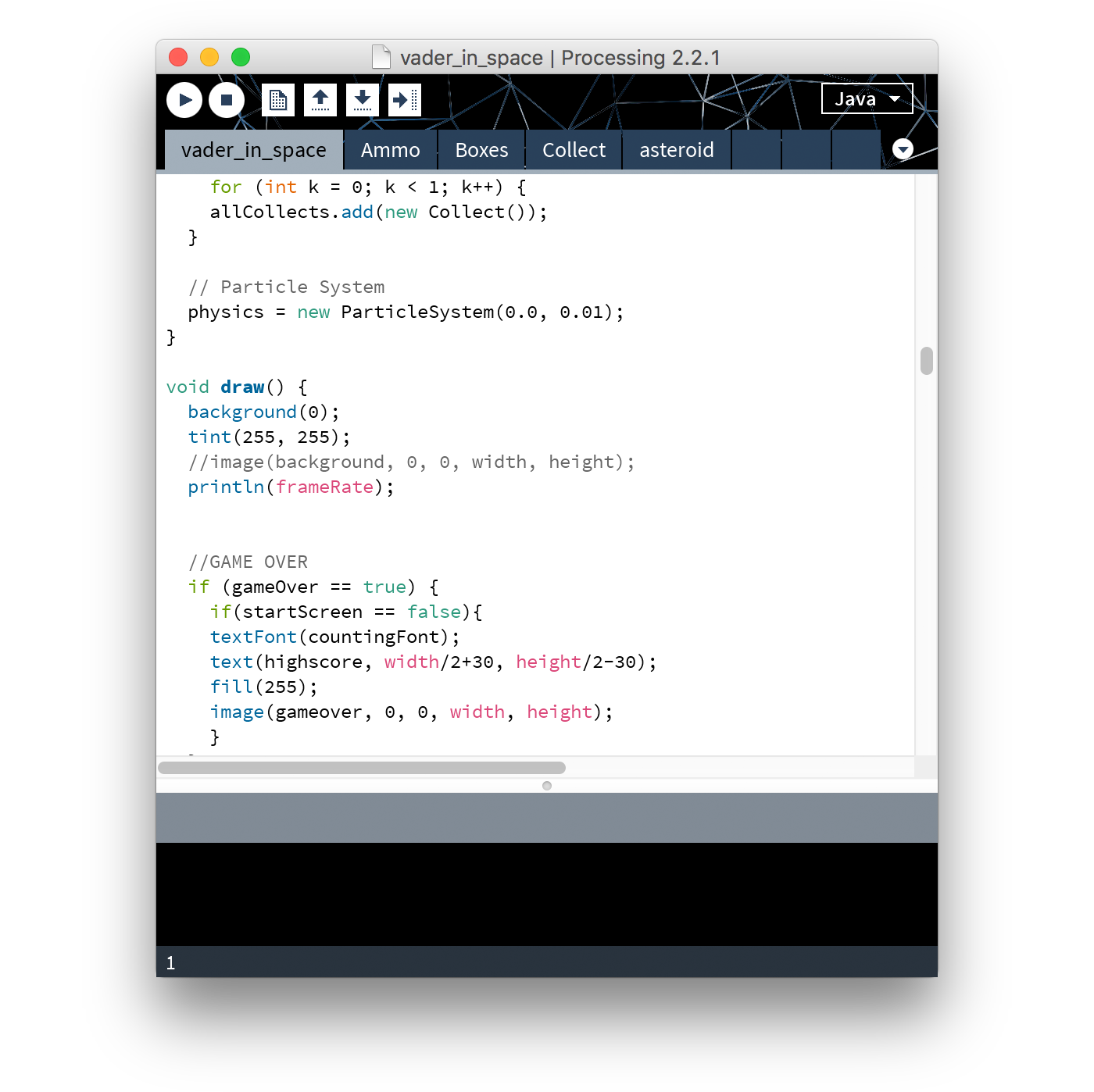